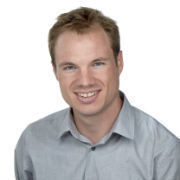 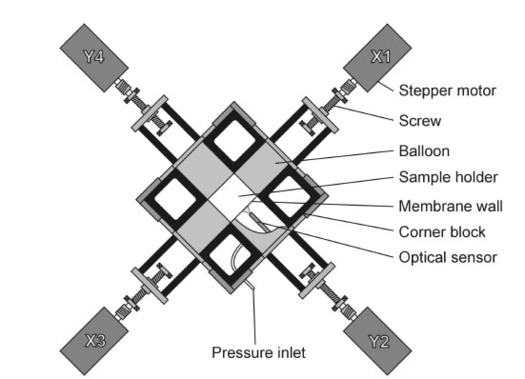 Handling of powders and granular materials is of great importance to industry. However, the knowledge of many powder related processes in industry is poor. This thesis deals with one of those processes that is characterized by a very slow progress: the flow behavior of powder. The basic knowledge in this area is based on a procedure and a tester that Jenike designed in the early 1960s. Many other powder flow testers have been developed after that, but most of these used Jenike’s principles, e.g. the yield locus. The yield locus describes the stress that is needed to break a powder sample, i.e. make it flow, as a function of the history of that sample. The definition of the yield locus is an example of the lack of knowledge on the relation between microscopic properties of the particles and the macroscopic behavior of the powder. In the microscopic view, particles are moving and orientating and they form contacts with other particles. These processes are influenced by the particle size, shape and the material of the particles. One can imagine that the relation between the microscopic behavior of the particles and the resulting macroscopic properties of the powder is very complex. The yield locus does not use any direct information about the microscopic state and therefore, it is not surprising that it lacks accuracy in describing powder flow. The aim of this work is to enhance the knowledge about the flow behavior of cohesive powder focussing on the shear zones and on the structure in powder.

Shear regions form when a powder flows and these are the regions in which most of the movement of the particles is thought to take place. In literature (Scarlett et al. 1968 among others) the rule of thumb for the width of such a shear region in cohesionless powder is 10 particle diameters. In this thesis the shear region in a simple direct shear tester has been investigated with the Neutron Depolarization technique. This method is very powerful because it gives information about the rotations of the particles, the porosity, and the shape and width of the shear region. It has been shown that in a mixture of cohesive BCR-limestone and 3 weight % Ferroxdure the shear region is about 1000 to 2000 particle diameters wide. The particles in the shear region rotate proportionally with the applied shear deformation in a preferred direction. Less rotation and without a preferred direction occurred when the sample was only consolidated. The shear region appeared to be lens shaped from the Neutron Depolarization technique, but direct observation revealed a wave shaped zone. The latter pattern has been seen by other researchers (Schwedes, 1971). The assumption that is made for many direct shear testers – that the shear zone is horizontal and flat – is invalid.

The classical characteristic that describes powder flow is the flow function. The standard flow function for BCR-limestone (Akers, 1992) has been shown to deviate from the flow function measured with the Flexible Wall Biaxial Tester. This deviation is due to time consolidation in the Flexible Wall Biaxial Tester. The flow function has been proven to be dependent on the intermediate principal stress. Therefore, it is concluded that the definition of the unconfined yield strength is incomplete because it does not include the intermediate principal stress.

Anisotropy also influences the flow function. A 90 degree rotation in the direction of the major principal stress in the determination of the unconfined yield strength reduced the flow function. This cannot be explained by the existing theory. The reason is that an important parameter is missing in the existing theory: the structure of the particles in the powder. The effect of an induced structure is shown by investigating the powder with different strain deformations while the total volume has been kept constant. In these experiments indications have been found that the powder behaves inhomogeneously and therefore locally non-coaxiality of the principal axes of stress and strain could occur. This non-coaxiality has been shown by Wong and Arthur (1985) for non-cohesive sand. A specialized tester is needed to investigate noncoaxiality in cohesive powder more accurate.

The structure in an assembly of particles has been investigated by simulating them with the 3DSHEAR code of Walton and Braun (1986a, 1986b). These simulations proved that the difference between a biaxial and a uniaxial consolidation curve of cohesionless particles is caused by the directional distribution of the normals of the particle contacts. Also a shear region in a direct shear tester has been simulated. The width of that shear region agrees with literature for non-cohesive materials, but not with the Neutron Depolarization experiments done on BCR-limestone. The reason for this difference is probably cohesion. Future research on powder flow should now focus on the structure in powder. The porosity of an assembly of particles is a scalar and fails to describe the total structure. It is believed that the combination of discrete element simulations of nonspherical particle assemblies together with the development of sophisticated triaxial testers will lead to the full perception of powder flow.